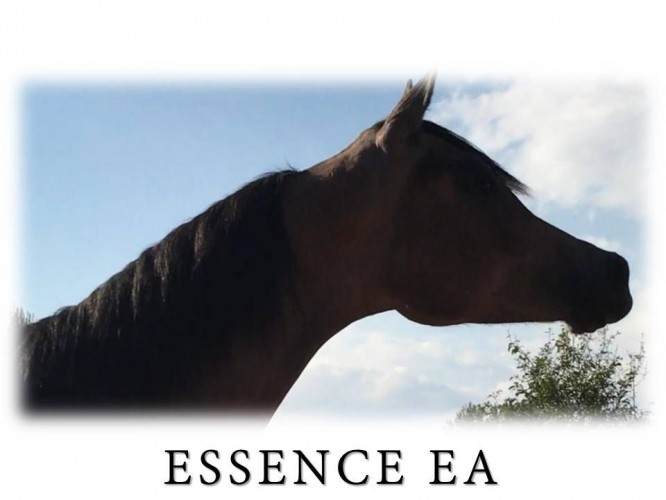 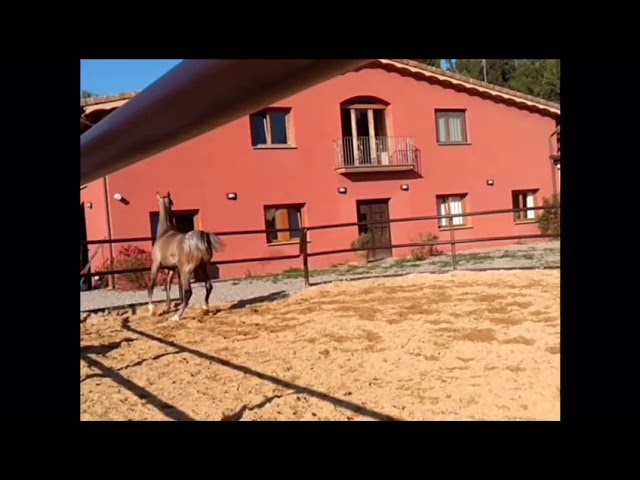 ESSENCE EA, owns one of the more exotic and modern pedigree you can find in the world.

His father SHANGHAI EA!, needs no introduction. He’s one of the most popular and exotic stallion ever. SHANGHAI EA himself won the major tittles. He’s a father and grandfather the several World Champions and incredible number of international champions, like EXCALIBUR EA, ZEUS EA, ALEXXANDER, AJ KAFU, WORTEX KALLISTE, SHIRAZ DE LAFON, FUERTE,  ERA DE EXCALIBUR, EXXALT, and many others on the five continents.

His grandfather WH JUSTICE created a legacy of champions around the World. MAGNUM PSYCHE and PADRON’S PSYCHE, complete this father line, where is also the great KHIDAR (by ANSATA SINAN) who was 2 times World Reserve Champion Stallion, All Nations Cup and European Gold Medal.

Going back on this part of pedigree he owns 3 times the magnificent EL SHAKLAN and 2 times his full sister ESTASHA (World Champion Mare).

The dame line is not less impresive. EBONY EA is a daughter of the iconic World Champion and World Champions producer GAZAL AL SHAQAB,
2 times on the ESSENCE EA pedigree. Where is also MARWAN AL SHAQAB.
EBONY EA herself is a maternal sister of The Triple Crown and World Champion EXCALIBUR EA, who owns the major score ever in the show arena with 95,33 points.

To complete this amazing pedigree, is needed to remark the beautiful mare ELIZJA, who is the mother too of the great stallion KHIDAR. And also the mare ESSENCE OF MARWAN EA is a exceptional broodmare who give to her progeny her exceptional quality in breeding and in show. ESSENCE OF MARWAN EA is a mother of EBONY EA, EXCALIBUR EA, ZEUS EA, ELIXIR OF SHANGHAI EA, ENEIDA EA, EDEN EA, ESTEL EA and ELECTRA EA

Finally on the predigree exist 2 times the incredible stallion RUMINAJA ALI and 2 times more ESTASHA in this dame side of the pedigree from ESSENCE EA, makes it really impressive.  This is a pedigree plenty of Champions, Super Sires and Super Mares.

Seeing this, is not so difficult to predict how ESSENCE EA can add as a stallion in the next future. Also because he’s a yearling, his show carrier first will start and we are convinced will be succesful too.